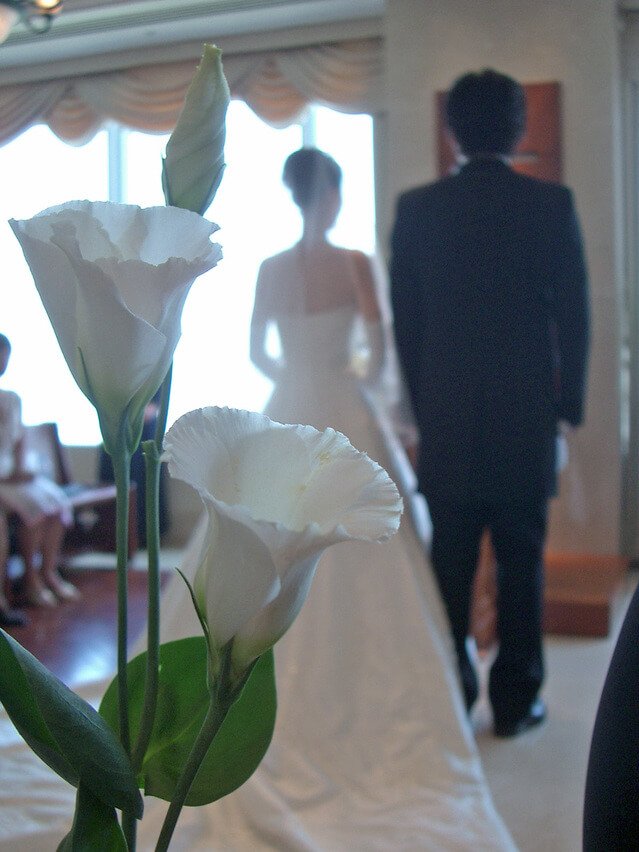 It’s one of those classic wedding shots: bride and groom signing the register of marriages, once the deed is done.

Yet a growing number of wedding photographers now don’t include it in their portfolio of shots.

I suppose it is strange to want pictures signing a bit of paper – but for many this is the real emotion of a wedding, the actual signing a legal document, committing to the marriage.

Except you can’t photograph that in the UK. Or can you?

Registrars will say you can’t take shots of signing the registrar for ‘data protection’ reasons, whatever that means. Some of them cite the Data Protection Act as a reason and tell the photographer prior to the ceremony and during the signing that you cannot photograph, and how they will come and stop you taking photos even from a distance if they see you. Registrars can cause a scene about this, and they all seem to be united in not allowing it. Yet photographers tell me this is not true, and many of them try to get sneaky ‘documentary’ shots – while staying on the registrars’ good sides as they see them many times a year. But the registrar (or superintendent depending where you are) is the legal body performing the service. They can (and do) refuse to conduct the service if their rules aren’t followed. In the same way as food and alcohol are not allowed at a ceremony, if they state no photos or no videos, that is what (should) happen. And woe betide you if you get on the wrong side of them. They have memories like elephants. The Law about Wedding Registers and Data Protection The Register is a public document which anyone can view just by asking. The Commissioner (the UK office which enforces the act) says that “appropriate technical and organisational measures shall be taken against unauthorised or unlawful processing of personal data and against accidental loss or destruction of, or damage to, personal data”. This clearly does not include photographing it, since everything in this register is already in the Birtish and Deaths Register. So therefore: the Data Protection Act is not a valid reason to stop anyone photographing the register. But it’s the Registrar’s gig. And you wouldn’t want to upset them!